Forex Pips Definition – What are Pips?

Forex Pips Definition – What are Pips? 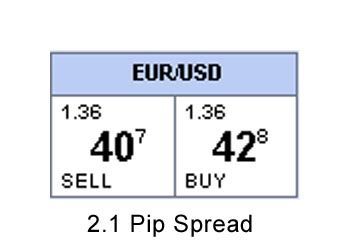 The word pips is an acronym for percentage in point, sometimes also called a price interest point. If that didn’t help you, here is a better explanation that is less technical. Pips represent the smallest movement that a currency pair can make. Typically this is equal to 1 basis point, but not always.

If you’re trading, the value of the pips for your trade can vary depending on your lot size.

Also, the different in pips between the bid and ask is called the spread (see forex spread). The spread is basically how your broker makes money since most forex brokers do not collect an official commission.

When you trade is positive in pips, you are making a profit. When it’s negative, your trade is under water.

Some forex brokers also allow trades to progress in fractional pips. Fractional pips allow an even tighter control on profits and losses, and most importantly flexibility on spreads.

Examples: I made a long trade on EUR/USD and closed it for a profit of 30 pips.

What Causes Pip Values To Change?

From 2008-2011, the value of USD/JPY fell from a ~120 to a low of 77.55 in 2011. Because of the massive strengthening of the JPY, the pip value of the USDJPY changed, and moves became more valuable per pip in USD because the JPY had risen so aggressively against the USD.

These events are rare, but it is helpful to note that pip values typically are not fixed.

Should I Care About Pip Values If I’m Hedging?

The short answer is definitely yes. It’s an unfortunate conversation when I speak with traders who believe that because they are hedged that they are in a riskless position.

The reason why hedging is a risk-taking position is that because a widening spread eats into both positions. When an aggressive event like the SNB de-pegging the CHF to the EUR or the massive volatility seen in the aftermath of the EU Referendum that led to a Brexit, spreads (the difference between the bid and ask) can widen by more than 100 pips in usually liquid pairs. If a trader is hedging an illiquid pair, the spread can be even more aggressive and result in a large loss to a hedged-trader.