The roots of candlesticks chartsgo back to the 17th century when the Japanese began the use of technical analysis to trade rice. Although clear differences exist between the technical analysis of then and the one initiated by Charles Dow in the 1900s, a lot of principles were quite same. Some of the similarities are listed below:

The first appearance of the candlestick charts came sometime after 1850. Candlesticks display the emotion of the traders by visually representing the size of price moves with numerous colors. This is one of the reasons why traders are interested in consulting a candlestick chart before making any trade decision. The regularly occurring patterns on the candlestick chart help in forecasting the direction of the price in the short-term. In this post, we will discuss candle sticks charts comprehensively and try to help you understand their significance, as well as, give valuable insights on how they can be helpful.

A candlestick chart, much like a bar chart, displays the market’s high, open, low, and close price for the day. The wider part of the candlestick is known as the real body which represents the price range of the open and close during the day trading session. When the candlestick is colored or filled with black, it suggests that the open was higher than the close. However, if the candle’s real body is white, it means that the close was higher than the open. For the sake of convenience or better presentation, traders can alter these colors in their trading platform.

Candlestick and bar charts, although show the same information, the presentation is different. In the candlestick, below and above the real body are the wicks which are also known as shadows. These wicks show the low and high prices of a certain day’s trading session. If the lower shadow on a down candle is high, it indicates that the close of the day was high as compared to the open. Contrary to candlesticks charts, bar charts represent the information in a simpler way. However, their usage is limited and it is difficult to ascertain the condition of the market during the trading session.

Traders use different methods to read the candlesticks charts. Some like to read the it from the thickness of the real body while others read it from the colors. No matter what the technique is, the objective remains the same i.e. get help in forecasting and making trade decisions.

When the sellers outnumber the buyers, a bearish engulfing pattern is developed in an uptrend. This trend is reflected by a long red candlestick engulfing a green candlestick or real body. This also suggests that the price could decline in the future because the sellers have gained control of the market.

On the bullish side of the market, an engulfing trend is also seen when the buyers outnumber the sellers. When this situation is reflected in the candlestick chart, it means that the price would increase due to increasing demand and limited supply. In this chart, the green real body engulfs a small red body.

Bearish and bullish engulfing patterns are not the only trends available in the candlesticks charts but there are other patterns as well that needs to be discussed. These include:

Bearish Evening Star is a topping pattern that is identified by the last candle in the pattern. It is present below the previous day’s small real body. Please note that the small body can either be red or green depending on the market trend it is depicting. Moreover, the last candle closes deep into the real body which suggests that more selling could develop.

In the candlesticks charts, the bearish harami is a small real body most commonly presented in red color and placed completely inside the previous day’s real body. This pattern is rarely considered for decision making purposes but certainly worth watching. The pattern indicates indecisiveness from the buyers’ point of view. Even if the price increases later on, it will be an uptrend but a candle following it indicates slide.

Contrary to bearish harami, bullish harami in an upside-down trend. It is depicted by a green candle or a small real body in green color occurring inside the large red real body of the previous day. It suggests that the trend is pausing.

There are two types of cross trends in the candlesticks charts i.e. Bullish Harami Cross and Bearish Harami Cross. The bearish harami cross occurs in an uptrend where a candle is followed by a doji that exists inside the real body of the earlier sessions. On the other hand, the bullish harami cross resides inside the real body of the prior session but occurs in a downtrend. However, the implications are exactly the same as the bullish harami trend.

Candlesticks charts, no matter how simple or complicated you may find them, are highly useful. Using these charts, you can make the right decision and end up earning a nice profit from trading. These charts are specially for traders looking to judge the emotions surrounding an asset or stocks. So, before you decide, it is better to read it. 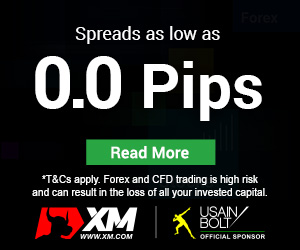